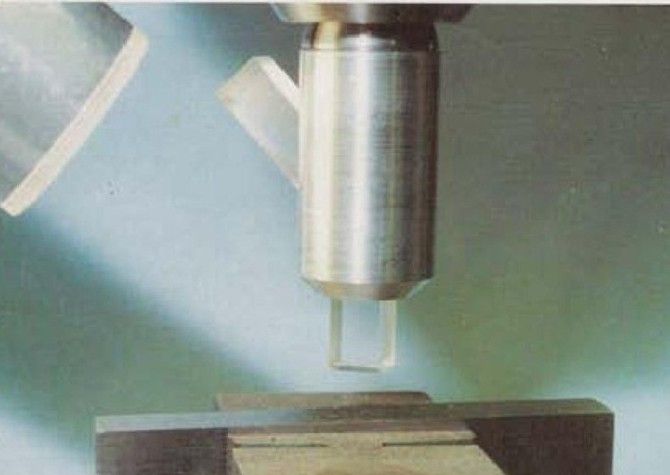 A useful article from the first issue of Model Engineer's Workshop by 'Bluey' - a pen-name of Stan Bray who was the first editor of MEW. 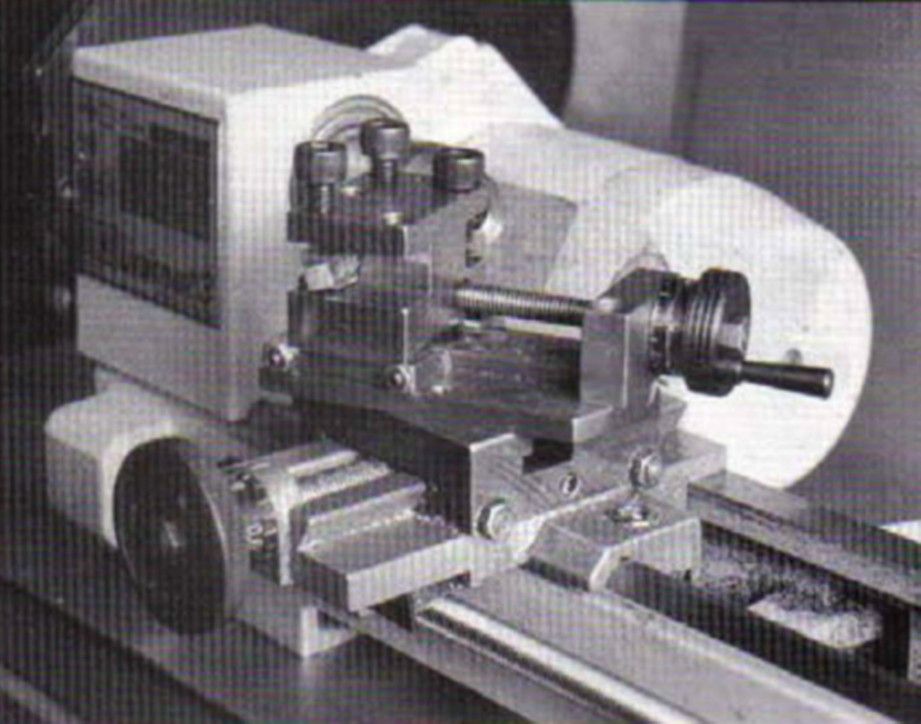 A Top Slide for the Unimat 3

This little topslide by D. Scroggins uses a novel approach to the dovetail slides. It first appeared in MEW issue 16, April/May 1993, more details can be found in the archive copy of this issue.

A Sharpening Jig for End Mills and Slot Drills

A. Longworth describes a method of sharpening the end faces of end mills and slot drill for those who have no access to a tool and cutter grinder. Reprinted from Model Engineers' Workshop number 14.

This spreadsheet allows you to easily identify a suitable number of holes and turns for dividing with any indexing head.

Produced in response to a reader request, E. G. Hartwell proposed this method of converting a cross vice into a vertical slide. This free plan was first given away with issue 15 of Model Engineers' Workshop, February/March 1993.

A Sharpening Jig for Slot Drills and End Mills

This handy accessory by A Longworth was first published in MEW 14, December/January 1995. The particularly clever aspect is a simple setting device.

Disposing of a Workshop

It's a sad fact that sooner or later we will all have to leave our workshops behind or sell them on. Roger Backhouse's 2014 MEW article on disposing of a workshop offers some sage advice that may make the process easier for us or our families and friends.

This intriguing device by W.B. Taylor, first published in MEW 13 October/November 2013, will serve little purpose other than to promote much discussion between all those who are shown it! It does, however, provide some interesting machining operations and could be made and finished to a high standard in which case it would make a nice Christmas present as an executive toy for that friend who otherwise has everything!

This article was previously published in Model Engineer No. 3557, March 1977, and was drawn to our attention by the letter below submitted to MEW by Alastair Sinclair. Given the high levels of interest in screwcutting clutches for modern lathes based on the Hardinge design in recent years, we felt that this article would be particularly useful for readers. This article is copyright My Time Media and the Author.

A reprint of Norman A. Ough's 1954 Model Engineer article.

This intriguing design for a lathe mounted bandsaw appeared in Issues 9 and 10 of Model Engineers' Workshop (February/March 1992 and April/May 1992). Designed by Mr G Gray of Nantwich it was designed to be mounted on, and powered by, a Myford ML7 lathe, but no doubt with some modification it could be used with many other lathes of similar centre height.

This short article provides the essential details to allow the experienced hobby engineer to make a facing tool with automatic feed. Subscribers Only

In the 22 March 2013 issue of Model Engineer, Neil Wyatt introduced a series describing the construction of 'Norden', an unusual vertical steam engine based on a small sketch in an old issue of ME. The series ran from issue 4452 until issue 4472 in alternate (even numbered) issues. All the articles are available in the online archive.

This 'Victorian' Port Pourer appeared as a free plan and 3 1/2 page article in issue 3 of MEW, winter 1990. If nothing else it proves that Stan Bray was willing to experiment with the range of topics covered by the magazine!

Bill Perrett of Southampton DMES wrote a history of 25 years of model railway passenger car development. It appeared in Model Engineer between December 1987 and July 1988. Subscribers Only

Over the first few years following its launch in 1990, MEW regularly included a free pull-out plan. These plans covered a diverse range of tools, from a filing rest to a simple lathe.

Rhys Owen is a volunteer on this French preserved railway.