Rack feed, which allows for the rapid in and out movement of the tailstock using a large lever capstan arrangement is often seen as a desirable feature on a lathe. It is particularly useful if the tailstock is used for drilling or a lot of repitition work. Downsides are that it can take up a lot of space and complicating the ejection mechanism.

Martin Cleeve's later version allowed for the rotation of the axis of the feed mechanism from horizontal to vertical. Presumably this addressed a shortcoming of the design for the Myford, which could make things a bit crowded around the tailstock.

Note the PDF indicates the wrong issue numbers for this article, the correct issues are ME 2877 and 2879.

The 1956 article on the original Myford design is here.

Both designs could be adapted to other lathes, Anthony Mount's series on the Warco BH600 in ME featured a rack-feed tailstock mocdifuication, starting in issue 4207. On a smaller scale there's also an excellent article on a rack feed tailstock for the Unimat (which could be scaled up) in issue 178 of MEW by Mr Rhodes. 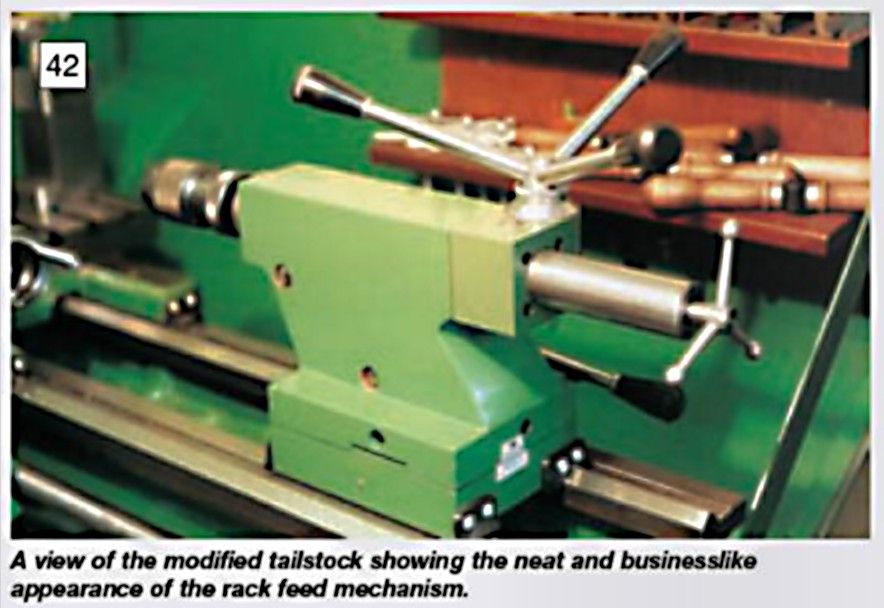 Both the BH600 and Unimat articles are already available in the online archive.