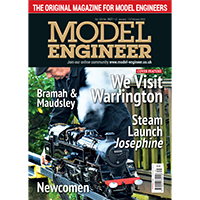 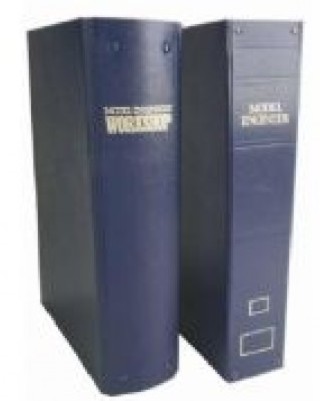 In the Current Issue of Model Engineer

Keith Rogers improves the draughting on his 3½ inch gauge Darjeeling Himalayan Class ‘B’ locomotive. Geoff Theasby visits the Kelham Island Museum in Sheffield and learns a bit more about two engineering giants, Joseph Bramah and Henry Maudslay. Brian Rose constructs a 1:1 scale model of a Victorian Windermere-style gentleman’s steam launch. Hotspur continues work on the bunker and well tanks for his 7¼ inch gauge Beattie 2-4-0 locomotive. Our visit to Jeremy Buck’s Magdalen Road railway continues with the story of the restoration of a 5 inch gauge A3 locomotive, no. 2750 Papyrus. Ian Couchman machines the rather complex cylinder for his redesigned feed pump for a Ruston Proctor traction engine. David Haythornthwaite completes the parallel motion for his 1 inch scale Model Engineer beam engine. Martin Ranson makes the boilers for his pair of 32mm ‘Pepperpot’ locomotives. Mark Smithers attends the Moseley Railway Trust’s golden jubilee, held at the Apedale Valley Light Railway. Ron Fitzgerald continues the story of the development of the Newcomen engine. Ashley Best discusses the motive power for his 1/16 scale Brill tram truck. John Arrowsmith takes a trip to Daresbury to visit the Warrington and District Model Engineering Society.

SEE INSIDE FOR OUR LATEST GREAT SUBSCRIPTION OFFERS

The 'benchmark' Model Engineer Competition featured, for the first time, at the National Model Engineering Exhibition held at Doncaster in April 2019. Just as in previous competitions, Gold, Silver and Bronze Medals were awarded, as were certificates for Very Highly Commended, Highly Commended and Commended entries. A selection of the usual trophies were also awarded.

The re-establishment of the competition is good news for Model Engineer, for the hobby and for the Doncaster show so ...

NOW IS THE TIME

to consider your entries for the 2020 Competition!

Thanks to the generosity of Alibre, Model Engineers' Workshop Magazine is able to offer every reader...

Peter Gabelish got in touch after reader Andre Rousseau told him about our Apollo cover last year, h...

This reprint is of a series featured in Model Engineer from July 1976 to January 1981.

Chris Gill describes two phone apps he has created to help in the home workshop. The apps are des...

Photos of members work in progress and finished projects

Discussions about tools and tooling used in the home workshop

View some of the latest gallery images

Kity Switch by Clive B 1 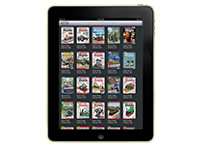 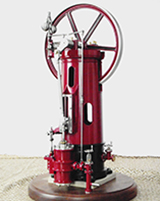 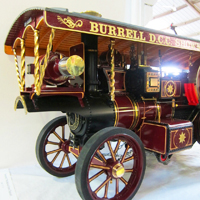 Free access to our forum, classifieds, gallery and more 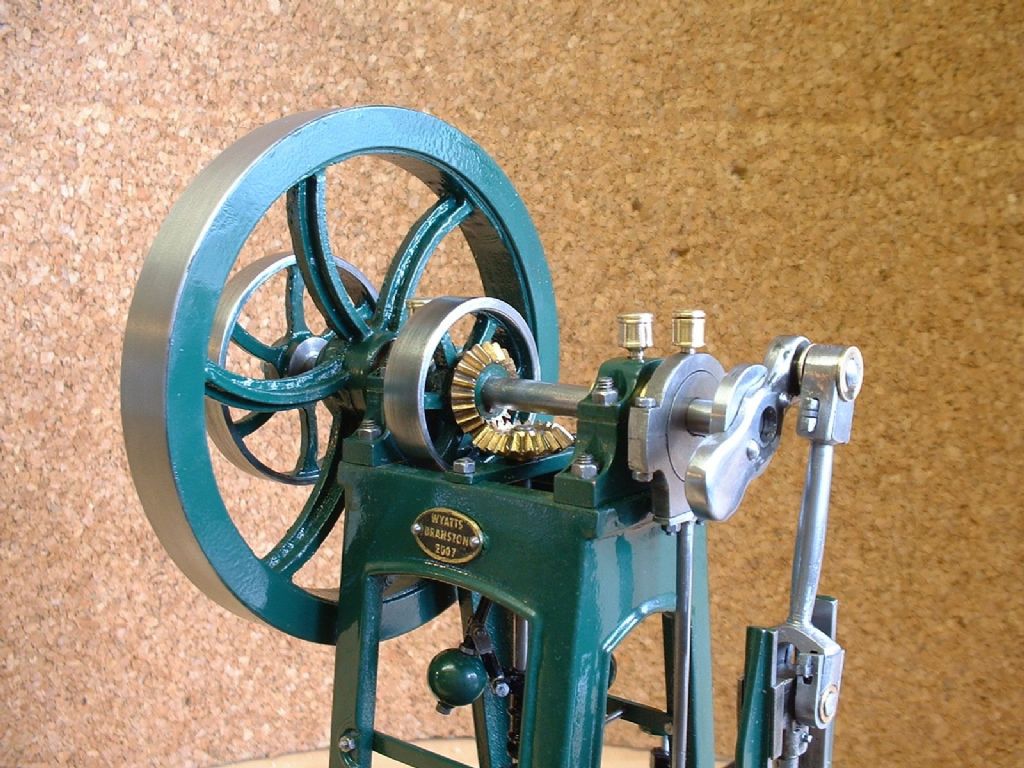 You can find contact details for Model Engineer and Model Engineers' Workshop magazines and MyHobbyStore Ltd on our Contact page.